It is so unfortunate that I have been out of the blogging sphere for a while now and I feel I should apologize to my viewers. Last time, I uploaded a post on the upcoming 2013 movies that I, for one and a couple others are anticipating. Today, I would like to add five more movies that I am really looking forward to, and as always feel free to comment and air your opinions.

“For the last time, I am not Will Arnett’s son”

Now this is one movie that i must say was not on my top list before due to previous installments, but I must say, an intense trailer, interesting producer, and the right amount of hype, this movie seems to be able to ignite the lost Superman flame in us.

I am excited for this dark comedy superhero sequel, I must say the prequel really got me and I just wanna see Hit-Girl dominate again. The movie is set to feature new characters, including Jim Carrey, now that is a treat for the summer. How excited are you for Kick Ass 2. 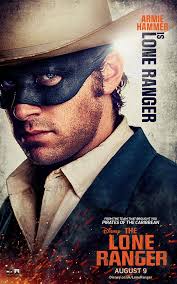 “Hey, Winklevoss, the green hornet does not arrive till later in the future”

This action western based on the old tale of the lone ranger was originally terminated due to bujdet issues, but it seems Gore Verbinski and Jerry Bruckheimer, the creative brains behind the Pirates of the Carribean franchise are willing and capable to deliver. I am personally interested to see Tonto, who will be plated by no order than the eccentric Johnny Depp.