I know that I have been a kinda late on my weekly updates of my Friday frizzles, but that was all due to unforeseen events which have subsided, anyway in the wake of the Halloween night, I decided to upload some quirky pictures in order to girdle up your sense of humor.

Wow this just came in and it looks totally mind-blowing, this sequel to the red and gold mech suit hero seems like it could be his last stand, as the trailer reveals various scenes of Tony Stark in desperation and agony. Not to also talk about the utter destruction of his multi-billion dollar mansion.The trailer reveals two villains namely the Iron Patriot and Mandarin and I for one is glad to see Guy Pearce once again on the screen. So you all should buckle up your repulsor rays because next year April is gonna be a blast. Till then, Szia.

I just saw this teaser trailer of iron man 3 recently, although it doesn’t reveal much. However I was able to catch a glimpse of the Mandarin, the Chinese villain who is being played by Ben Kingsley. I must say that I am really looking forward to this movie as our usual genial, philanthropic and promiscuous playboy takes into his iron suit on more time.

The title of this post gives you a lot to think about already, most of us movie geeks are conversant with the repeated death scenes of these two awesome actors. Today I am going to list the many death roles that Sean Bean and Steve Buscemi have encountered. I still debate with my friends over who dies more, so for every Sean Bean death, I would add a Steve Buscemi death to rally against it. You decide whose death was your best.

LOTR: Fellowship of the Ring(arrow barrage)

Goldeneye(fell to his death and crushed by debris)

The Hitcher(shotgun to the face)

Wow what a list, it appears Sean Bean won but apparently some people do not agree with me when it comes to Reservoir Dogs because Steve Buscemi’s body was never shown to be dead, but considering the amount of cops he had to face, I have to say that there must have been next to no chance of survival. So this is my list and if you have any additions, please do so. Please do not forget to rate and comment

“Hey Steve, I heard that George R. Martin and Quentin Tarantino are set to produce and direct a horror

movie that would feature us, they promised us that we would live this time”

Wow I have not uploaded any thing new over 2 weeks now due to mandatory school activities and maintenance. Well, apparently I am going to be elevating from a solo blogger to a duo cooperation. A friend of mine is going to be posting her thoughts and stories soon, yes a ‘she’ . She will act as my feminine edge to the world of blogging. So stay tuned till next time. Szia.

Now this is one movie I am actually kinda looking forward to. Despite the rumoured 78 day car chase scene. I cant wait to see more of Willis and rising star Jai Courtney(Spartacus) and oh that lovely lady in the tight outfit. Hopefully it would be better than the previous installment. Till February 14th, when you are at the cinema with your date. Yippie-kai-yay.

I have been watching the Academy Awards ever since I watched a movie, with the intention of learning from it and not just basking in the action. Various notable actors and actresses have received Oscar wins and nomination, for their explicit roles in movies. But I am particularly interested in one actor for today, and he is going to be my main topic in this post. NB I have chosen only actors and I am not including supporting actors and directors. One actor in particular, shocks me beyond belief, as to the reason why he has not attained any Academy Award wins. I often refer to him as the positive side to an Oscar jinx, because he gets nominated but never wins

Leonardo Wilhelm DiCaprio was born on the 11th of November 1974 to parents of Italian and Russian descent. he appeared in various commercials as a kid, but made his first movie debut in Critters 3. he then proceeded to appear in other films like This Boy’s Life. It was not until What’s Eating Gilbert Grape, a film he starred in alongside Johnny Depp, in which he received his first Oscar nomination for best supporting actor. This made him popular among film critics and as a potential asset to look forward to. Eventually in 1996, DiCaprio appeared in the revised modernization of the Shakespearean romantic tragedy, Romeo + Juliet. He received acclaimed praise for his role and a very intricate reputation among young ladies. Despite all this and many other blockbusters (yet to be mentioned ), he has not received any Oscar wins. There are two recurring factors that i am going to analyze below. 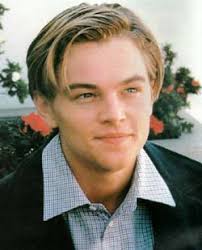 I knew that I should have taken a blank gun with me to Juliets’.

This is a reference to the fact that in some of Leonardo’s movies, he often gets nominated for the Academy Awards, while the supporting actress he acts with secures an Oscar win for herself, examples can be noted in Kate Winslet and Cate Blanchett ( Hmm, something tells me he has a thing for women with names that end in -ate). Kate Winslet secured her Oscar in the 2008 movie The Reader, while Cate Blanchett secured hers from The Aviator, with which she set a record of getting an Oscar for acting as a person who won an Oscar, namely Katherine Hepburn.

“Come on Rose, move aside there is still space for both of us”

Now this is a factor that is quite evident, Leonardo DiCaprio has starred in various movies that yielded the directors Oscars e.g. James Cameron(Titanic), Martin Scorcese ( The Departed). Martin Scorcese alone has had up to three Academy Awards nominations working with DiCaprio and he has personally witnessed the benefits himself. James Cameron( the talented money magnet) also received an Oscar from his acclaimed shipwrecking biopic, Titanic and might not have secured if not for the talented act of  Leonardo DiCaprio. 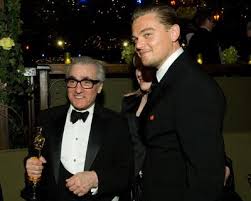 “I dare you to win one more Oscar before Martin, I swear I will send you to Shutter Island”

In conclusion, Leonardo DiCaprio is a highly talented and multifunctional actor and producer who deserves more than just nominations, which can be noted in his works like Titanic, Catch Me If You Can, Gangs of New York, The Aviator, The Departed, Blood Diamond, Shutter Island, Inception and many more. I greatly look forward to his future projects like Django Unchained, The Great Gatsby and others. I really look forward to his first Oscar win and I won’t rest until he as secured one. Feel free to comment below and air your opinions. Szia.